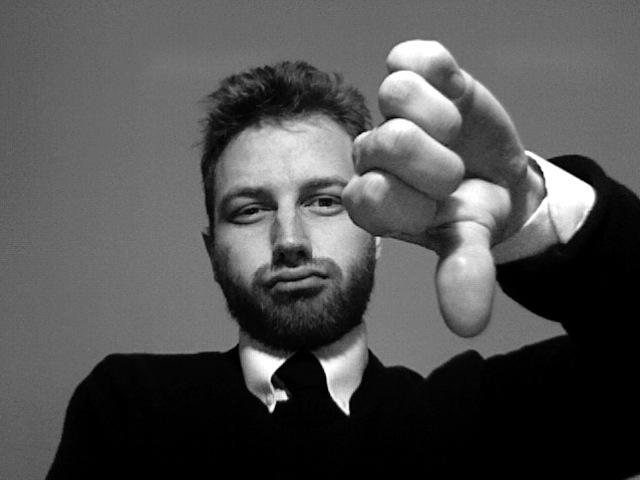 One of my least favorite questions in the world is, “So, what do you do?” Depending on who’s asking it, this question can come up out of genuine curiosity. However, it can also be a loaded question used as a measuring stick. The purpose being to determine where I fit in the hierarchy of things – especially in relationship to them.

But since when did the value of a human being become solely determined by what they do for a living?

The other reason I don’t like this question is because I am never quite sure how to answer it. My life is complicated and people generally want a neat and tidy answer – but I don’t have one. I have moved so often and done a series of jobs over the years to help pay the bills, as well as support my creative habit. So again, depending on the vibe I’m getting and the mood I’m in, sometimes I will just answer with the day job I happen to be punching into at the time. Other times, I will answer for instance, “I work at____ and do music on the side.”

It is amazing how, more often than not, people will zone in on the former as opposed to the latter. Yet, the latter is where my heart lies and is the job I have done most consistently throughout my life. But I have come to realize over the years that many people don’t know how to relate to or respect creative work. They know how to relate to tangible, visible, nine-to-five, or get-your-hands-dirty types of work. Generally speaking, society has a very limited view of what constitutes work.

On the rare occasion that the conversation tilts towards music, and they find out I have an album, it often doesn’t take long for the walls to go up and eyes to glaze over. Who knows exactly why? Maybe they are thinking, “Oh great…another Taylor Swift wanna-be a couple decades too late.” Maybe they feel pressured to check out my music or – even worse – buy it. They might feel threatened. Perhaps they’re not really interested in music.

But I am just trying to engage in a healthy, balanced conversation and share a part of my life, in the same way that they are.

Another possible reason for the apathy may be a growing weariness with American Idol/pop star culture. If so, anyone who is in any way connected to music is guilty by association and gets lumped into the stereotype of a self-absorbed, spotlight-hogging, scantily-clad, entitled diva. I am weary of this as well. Because of this stereotype, it is even more difficult for women who pursue music.

Oh the joys of the creative life! And this is just at the initial meeting stage. Already, it is necessary to have a thick skin. We haven’t even gotten to the part where people listen to your music, go to your art exhibit, etc. and express opinions about it. Sure, you will get some positive feedback; but you will also get comments ranging from the outright negative, to “that was…interesting,” to nothing at all.

If you happen to be an introvert, this is where one of your strengths may come into play. Studies indicate that introverts tend to be less motivated by external factors such as praise and rewards, and more motivated by internal factors such as strong convictions and love for what they do. This fact could partly explain the stereotypical starving artist. Who needs to eat when you’re doing what you love and really believe in? However, this doesn’t mean that you are bullet proof. Your feelings will still get hurt, and we all need encouragement from time to time – not to mention food.

As an artist, there will be all sorts of voices coming at you. You may be tempted to let these voices define who you are. Too much positive feedback and you could end up with an inflated view of yourself. Too much negative feedback and you may get discouraged and feel like giving up. You need to filter all the opinions. The reality is you will never be able to please everyone, nor should you try. And people are entitled to their personal preferences. Also, it is wise to listen to one who speaks truth and offers constructive criticism motivated by love.

But criticism can come from a very unhealthy place.

Some people just happen to have big mouths and strong opinions; their motives murky at best. The critic may also be very insecure – possibly a bully – someone who needs to put others down in order to feel good about themselves. Then again, the critic might just be a random person or even a family member who just doesn’t like what you do. Sometimes your biggest critic – the most difficult to overcome – may be yourself.

“It is not the critic who counts, not the man who points out how the strong man stumbles, or where the doer of the deeds could have done better. The credit belongs to the man who is actually in the arena, whose face is marred by dust and sweat and blood, who strives valiantly, who errs, who comes up short again and again…but who does actually strive to do the deeds, who knows great enthusiasms, the great devotions, who spends himself in a worthy cause, who at the best knows in the end the triumph of high achievement, and who at the worst, if he fails, at least fails while daring greatly, so that his place shall never be with those cold and timid souls who neither know victory nor defeat.”

Somewhere along the way, artists have gotten a reputation for having fragile egos; labeled as too sensitive, touchy, and thin-skinned. Is this really true? Are they really just too sensitive? Do they run home in tears after the first word of criticism? Do they throw in the towel after the first bad review?

I would argue the exact opposite. I would argue that the artist must have a tougher ego than most (not to be confused with a big ego). For the true artist puts himself or herself out there in a way that the average accountant, lawyer, teacher, doctor, truck driver, and business person does not. The artist wears his heart in his lyrics or her brushstrokes so to speak. They go a step further than just singing a cover song or replicating a Monet. They venture out into uncharted waters, sharing a part of themselves with a unique chord progression or color palette. An artist vocalizes what most people only think about while lying awake late at night. They point out the beauty in the world, but also the brokenness. They experiment. They take risks.

The best art should stir something deep within the soul – it should evoke an emotional response. And to do this the artist must be vulnerable and exposed to criticism. The artist must venture into the arena where fragile egos and “cold timid souls” dare not go.