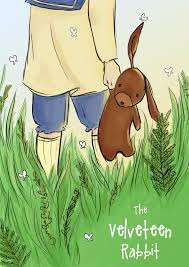 When it comes to technology, I am slow at adapting. I think it took me almost ten years from the time that CD’s were invented before I finally broke down and bought a CD playing device. To this day, it is still my preferred way of listening to music (second being vinyl). I have not yet succumbed to iTunes and downloads.

If today’s youth were to play the game, “If stranded on a deserted island, which five albums would you take?” would they care? Would they even know which five songs to take? Or would it just be whatever is currently in the Top Ten?

If you are playing this little game in your head right now and all of your top five fall within the country genre, may I in the kindest possible way suggest branching out just a little. Okay, you’re forgiven if you’ve included something by Johnny Cash or Willie Nelson.

Call me a throwback, but there is something I like about the tangible product; the complete, packaged work of art. Yes, work of art! After having made an album, I can attest to this all the more. There is so much detail and thought that goes into creating a specific theme. An album tells a story. When songs are downloaded apart from the whole, there is a sense in which the complete story is lost.

Would you buy half a Van Gogh and hang it on the wall? Would you read a quarter of a book and claim it as life altering?

In my music collection, you can also tell which albums are the nearest and dearest to me. The CD cases are cracked, scratched, and scuffed around the edges; like a child’s teddy bear collection, where the beloved one is missing an eye or the nose is partially rubbed off.

So, what is it that makes some albums fall into the “Velveteen Rabbit” category while others sit on the shelf still shiny and new? It’s not always that the latter is bad music, in fact, it might be better produced, the lyrics tighter and wittier, and the vocals superior to your favorites. Yet for some reason they do not resonate with you.

This is the beauty and the mystery of music. It is highly personal. There is no “one size fits all.” Although that is sometimes what I feel like the larger corporate music machine is attempting to do…but that is a topic for another day.

This hasn’t happened to me very often, but I think one of the greatest compliments you can receive as an artist is to be told in a manner of speaking that your album has made it into someone’s “Velveteen Rabbit” collection. Love makes it real – not fame, not a Grammy, not making it into the Top 40, not accolades and good reviews – but love.